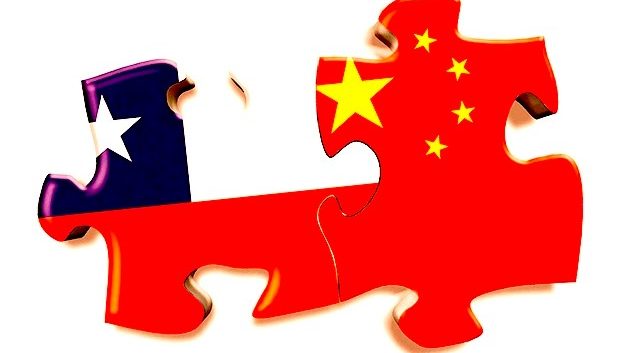 “Motivation is the catalyzing ingredient for every successful innovation.”

Chilean fruit exports to China and Hong Kong grew by almost 3 per cent last season, consolidating the market’s position as the second most important destination for Chilean fruit after the US.

Presenting the official figures for 2019/20 this week, Asoex president Ronald Bown revealed that overall exports contracted by 6.8 per cent to 2.537m tonnes.

Of this, 31.7 per cent went to the US, 24.8 per cent to Asia, 20.3 per cent to Europe, 18.2 per cent to Latin America, 3 per cent to the Middle East and 2 per cent to Canada.
“Although there was a decrease in exports, this was not principally due to the pandemic, but rather to a fall in production of products such as table grapes, which are undergoing a process of varietal reconversion and having water availability problems in some areas,” Bown said.

He pointed out that although coronavirus had disrupted exports at certain points during the season, the sector had maintained operations and complied with all international commitments.

Looking ahead to 2020/21, Bown said volumes were expected to be very similar – or slightly higher – than the season just ended.

He added that Covid-19 prevention measures were in place at orchards and packhouses to protect workers from Covid-19 and the industry would be running promotional campaigns highlighting the health attributes of Chilean fruit, as well as the country’s commitment to continuity of supply.

A breakdown of the figures showed that shipments to the US fell by 10.2 per cent compared with the previous season, mainly due to the lower volume of table grapes, blueberries and apples shipped to this market.

Europe, meanwhile, saw a 0.2 per cent increase in exports, with a hike in apple and kiwifruit shipments offsetting lower volumes of avocados and table grapes.

No images found!
Try some other hashtag or username

This website uses cookies to improve your experience. We'll assume you're ok with this, but you can opt-out if you wish.Accept Read More