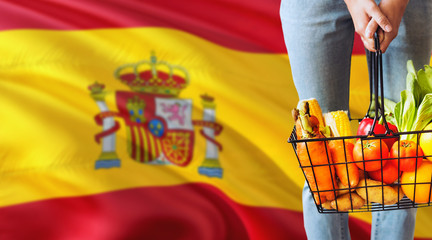 “Growth is never by mere chance; it is the result of forces working together.”

Imports of fruits and vegetables into Spain increased 6 per cent in February when compared with the same month of 2020.

According to Fepex, fresh produce import volume grew to 289,444 tonnes, while rising in value terms by 5 per cent to €273m.

For vegetables, the volume imported in February by Spain was almost the same as in February 2020.

Vegetables saw a slight increase of 0.4 per cent in volume, standing at 142,380 tonnes, while value decreased by 15 per cent, totalling €75m.

In Spain Easyfresh is represented by Easyfresh Iberia. Easyfresh Iberia is an international forwarding company,  who are specialized in temperature controlled cargo’s and we connect exporters, farmers, growers, retailers, wholesalers and producers all over the world to their end markets via our door – to – door logistics solutions.

This website uses cookies to improve your experience while you navigate through the website. Out of these, the cookies that are categorized as necessary are stored on your browser as they are essential for the working of basic functionalities of the website. We also use third-party cookies that help us analyze and understand how you use this website. These cookies will be stored in your browser only with your consent. You also have the option to opt-out of these cookies. But opting out of some of these cookies may affect your browsing experience.
Necessary Always Enabled

Any cookies that may not be particularly necessary for the website to function and is used specifically to collect user personal data via analytics, ads, other embedded contents are termed as non-necessary cookies. It is mandatory to procure user consent prior to running these cookies on your website.