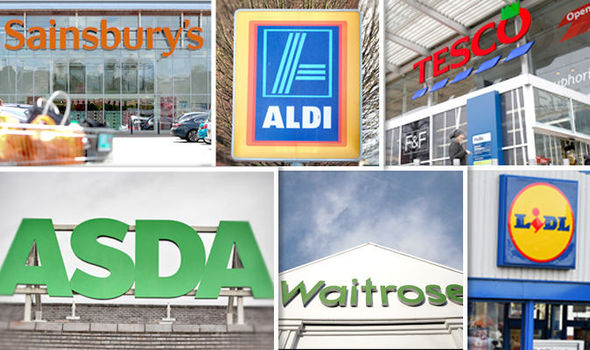 “The purpose of business is to create a customer.”

A new report by UK merchant payment provider, Dojo, part of the Paymentsense brand, reveals which industries, in the UK and across the globe, have been the most affected by the unprecedented economic and social impact of the COVID-19 pandemic.

Using Yahoo Finance and public Purchase Intent data, the report analysed and ranked which industries benefited from the ‘unforeseen changes’ in their customers’ lifestyles during the pandemic.

Some previously unknown companies have become household names; their industries becoming pivotal in post-corona life, whilst other industries have struggled to stay afloat. But as we enter yet another lockdown in 2021, which ones are the ones to watch?

The impact on industries in the UK: Supermarkets grew by 6%

Populations around the world have experienced an unprecedented year of change with varying levels of restrictions, including a spate of national lockdowns, there has been a global shift in consumer habits. Despite the UK was one of the worst-hit among major economies in Europe in the wake of the coronavirus, with some industries being left decimated, UK Supermarkets sales increased the most by 6.01% since March in response to the pandemic.

This growth comes despite the sector facing difficulties of its own during the crisis as a result of restrictions. Smaller outlets have had to contend with a curbing of numbers allowed into the shop in an attempt to avoid shops becoming a space in which the virus spreads around the population. Supermarkets in Wales have also periodically had to contend with a ban on sales of ‘non-essential’ items, whilst online retailer have also attempted to move into the groceries market, spotting opportunity in the crisis. Despite this, supermarkets have continued to boom.

Supermarkets boom while Pubs and Fast food fall by 6.5%

While the supermarket sector enjoys an upswing, Pubs and fast-food outlets have fallen by 6.5% as a result of restrictions and repeated lockdowns. Supermarkets may have enjoyed some of the fallout of this, with consumers buying both food and alcohol which previously would have been purchased and consumed within these sectors, instead purchasing substitutes alongside groseries for preparation and consumption at home.

This website uses cookies to improve your experience while you navigate through the website. Out of these, the cookies that are categorized as necessary are stored on your browser as they are essential for the working of basic functionalities of the website. We also use third-party cookies that help us analyze and understand how you use this website. These cookies will be stored in your browser only with your consent. You also have the option to opt-out of these cookies. But opting out of some of these cookies may affect your browsing experience.
Necessary Always Enabled

Any cookies that may not be particularly necessary for the website to function and is used specifically to collect user personal data via analytics, ads, other embedded contents are termed as non-necessary cookies. It is mandatory to procure user consent prior to running these cookies on your website.